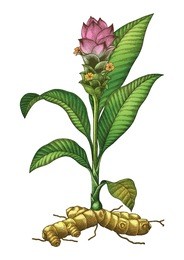 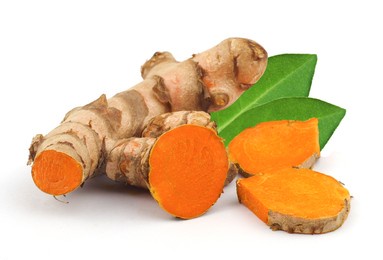 Turmeric is also one of the main ingredients of curry powder and is a common seasoning in American home kitchens. In India and other Asian regions, turmeric is used to treat some health problems. After medical research, it has been proven that curcumin has antioxidant, anti-inflammatory, and anti-cancer properties.

The American VITY Vitamin magazine reported: "The main pharmacological effects of curcumin include antioxidant, anti-inflammatory, anticoagulant, lipid-lowering, anti-atherosclerosis, anti-aging, elimination of free radicals, and inhibition of tumor growth. November 2006, United States" An article in the journal "Arthritis and Rheumatology" pointed out that curcumin can prevent joint swelling and arthritis, and is effective against cardiovascular diseases and cancer. Modern studies have found that curcumin is mainly used in medicine: it can inhibit inflammation. , Anti-oxidant, anti-rheumatoid effect.

Next, talk about its application in skincare. In the field of daily chemicals, everyone has studied it sufficiently. When the purity of tetrahydrocurcumin is very high, it will appear as a colorless and odorless white powder. INCI name: turmeric extract.

The efficacy of tetrahydrocurcumin

Turmeric is often used as a traditional medicine in India to heal wounds and remove scars. The preparation of "Ruyi Jinhuang Powder" with turmeric etc. has a significant effect in treating bedsores and acne.

The strong activation of luciferase indicates that it has a good anti-inflammatory ability and can prevent and treat various skin diseases; it can inhibit ceramidase, thereby maintaining the amount of ceramide in the cortex, softening the skin, and combining it with elastase The inhibition and excellent water-holding capacity can be used to condition the skin.

More and more studies have shown that antioxidant is an important step to prevent aging because free radicals or oxidants will break down cells and tissues, affect metabolic functions, and cause different health problems. Because curcumin molecules have multiple antioxidant functional groups: Polyphenols, carbon-carbon double bonds, ß-diketones, this chemical structure makes it have strong antioxidant activity and the ability to remove superoxide and peroxide. It can protect skin cells from UV damage and maintain skin health.

Although tetrahydrocurcumin has excellent effects, it also has many shortcomings, such as poor water solubility and instability under light conditions. Moreover, it is not an all-around king, and it needs to cooperate fully with "teammates" in order to increase the absorption rate of the human body. Common "teammates": lecithin, piperine, and other plant essential oil ingredients.

When adding the formula, it is also necessary to dissolve it with a solvent first. Add it to the formula at low temperature. The formula recommends that the pH is weakly acidic, preferably between 5.0-6.5, and is stable in a 0.1M phosphate buffer system.

Due to its unique chemical structure, tetrahydrocurcumin has powerful antioxidant, anti-inflammatory, whitening, and skin-lightening effects. At the same time, how to improve the absorption rate of the skin and stably add to the cosmetics under the premise of ensuring the effectiveness is the challenge and opportunity for the formulators.